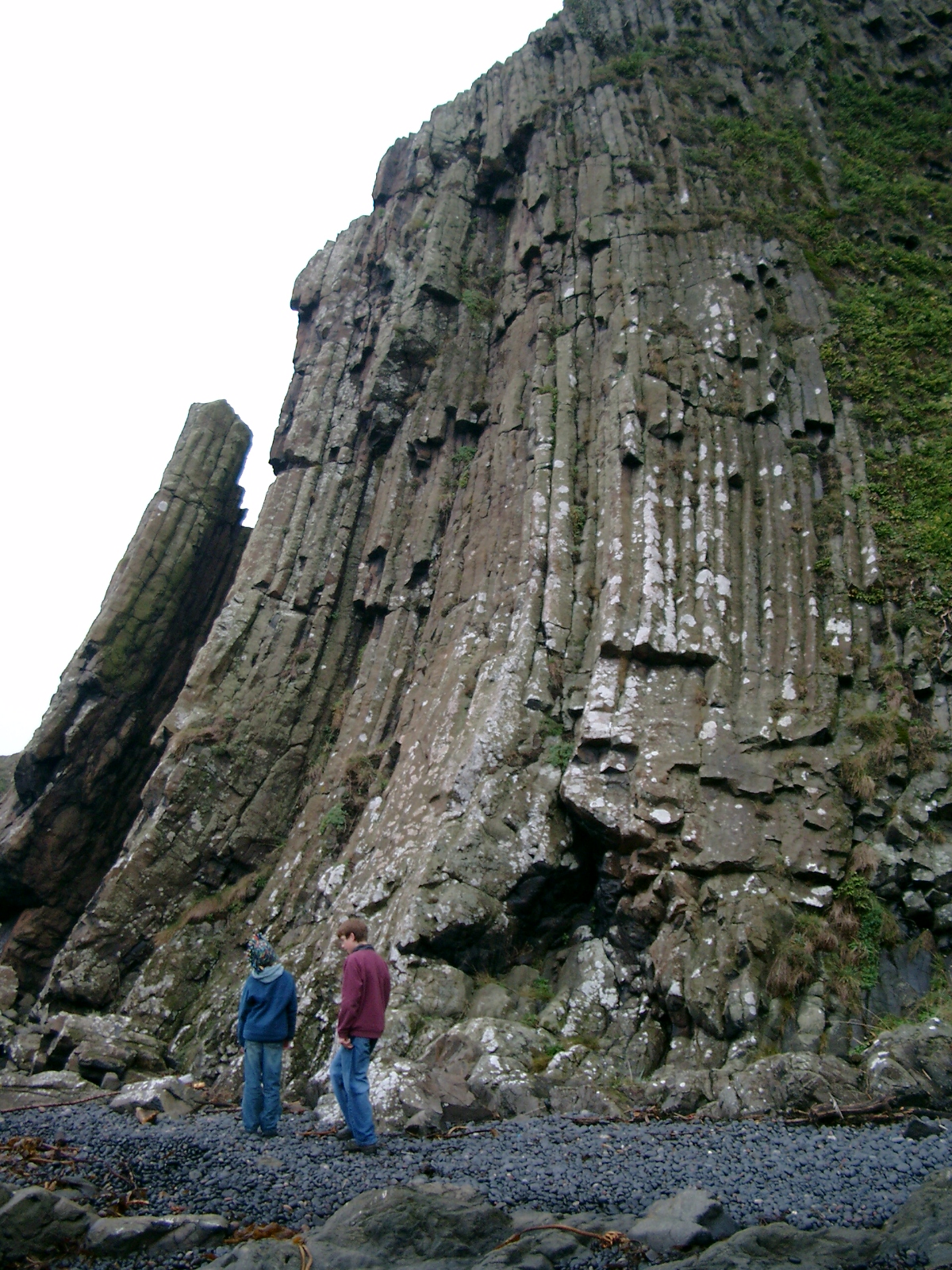 Fife has a range of world-class geology. As Sir Archibald Geikie, one of Scotland’s most famous geologist once remarked, “If I were asked to select a region in the British Isles where geology could best be practically taught by constant appeals to evidence in the field, I would with little hesitation recommend the east of Fife as peculiarly adapted for such a purpose.”

The geology of Fife is dominated by Carboniferous age sandstone and mudstone. These rocks were laid down around 300 million years ago when Scotland was located near the equator. After this, as the continents moved north the rocks were contorted, folded and squashed into the structures that are exposed all along the coast today. Many of these sedimentary rocks are packed with fossils that tell us about the ancient environment; ancient scorpion tracks, corals, and the remains of trees such as Lepidodendron. The trees grew in a swampy, hot environments, much like the Everglades of Florida today.

Throughout this ancient landscape volcanoes periodically erupted with showers of volcanic ash but all that remains today is the core of the volcanoes marked by majestic columnar pillars. You can see these today in the seastack of the Rock and Spindle and along the adventurous chain-walk near Earlsferry. Come visit and experience the geologic past of Fife, a past with a very different feel to the coast today.

Geologic excursions throughout Fife have been compiled by Richard Batchelor as part of GeoHeritage Fife.  Some of the guides are featured on the interactive map and access to his series of pamphlets can be gained here: https://www.st-andrews.ac.uk/earth-sciences/outreach/geoheritage/